Traitor's Mark, the third book in The Emperor's Guard series, releases on June 2. Below is a sneak peek from the first chapter of the book, where readers are introduced to Caitlyn, the newest member of the Guard.

As Asgall entered the tavern, many of the talking heads turned to look. It was typical when a Guard member made an appearance, especially the Commander of the Guard, but Asgall knew those eyes weren’t fixed on him alone. The newest member of the Guard, a woman named Caitlyn, accompanied him, and he could only imagine what was brewing in the minds of those onlookers.

The tavern, also known as The Waiting Peacock, was located in the Sluhed Corner district, along the western wall of Southwallow and on the other side of town from the palace. The people here were neither wealthy nor poor but, instead, somewhere in between, which is why Asgall elected to bring Caitlyn. As a new recruit, it would be a good starting point. Not too cushy. Not too harsh. Then again, Asgall expected Caitlyn to encounter opposition no matter where she went.

“Good evening, Commander,” a man said from behind the bar.

The middle-aged barkeep had a throaty voice, and the man’s thin hair hung over his brows, nearly covering his eyes.

“Can I get you anything?”

Asgall shook his head and glimpsed the bar area, noticing a few open stools. “We’re not here to drink, but we’ll take a seat if you don’t mind.”

Asgall nodded and led the way, finding a pair of stools next to one another. He eased onto the unforgiving wood, and Caitlyn did the same, sitting to his left. Lanterns hung from the tavern ceiling, and candles helped illuminate each of the tables, including the bar’s countertop.

Penvro brought two glasses of water, placing them in front of Asgall and Caitlyn.

“Just in case the two of you are parched,” he said, grinning.

Asgall could sense her nervousness, but he also knew what she was capable of.

“Commander.” The booming voice came from behind. To Asgall’s right. “What a treat to have you in our company.”

Asgall glanced over his shoulder, and staring back was a balding man with a long, gray beard. Andreas was his name. Asgall only knew because Andreas owned a reputation for drinking, and his late-night fits often led to brawls. Brawls that the Guard would have to tend to on occasion. But Andreas paled in comparison to some. Asgall smiled and nodded, then turned back to Caitlyn.

“Won’t you introduce us to the newest member of the Guard?” Another voice said. This one with an obvious tone of sarcasm.

Asgall recognized the voice. It came from the man sitting beside Andreas at their table of four. Asgall didn’t bother looking at him.

“If you want to know her name, Reece, why don’t you ask her yourself?” Asgall said, gawking at the bottle-filled shelves behind the bar.

“She doesn’t grow a beard like the rest of you, does she?” A third man chimed in.

The men at the table erupted in laughter, which prompted Caitlyn to turn. Asgall noticed her jaw tense, and she slid a foot off the stool rest, preparing to confront them. He placed a hand on her shoulder, and Caitlyn met his gaze.

Caitlyn stared at the men again. Then she eased. “Yes, sir.”

She relaxed on the stool, raising the bottle of water to her lips. Caitlyn reminded Asgall of Colum, his second-in-command. Both of them had gold locks and sky-blue eyes. But it wasn’t just their appearance. They had a certain edge to them as well. Caitlyn’s hair was shaved on both sides, and braids dangled from the top of her head, falling below her shoulders.

“You’re going to catch a lot of flak from people, particularly men like that,” Asgall said. “I can only imagine how difficult it will be for you, but the quicker you learn to ignore it, the better off you’ll be.”

“I’ve been there myself. I wanted to break a lot of noses in my early days, but our job requires discipline. It’s one thing if they’re acting above the law. It’s another matter if they’re throwing insults our way.”

“What’s it like to have another woman in the Guard?” Reece asked, a chuckle soon following. “You haven’t had one since Nesta.” That name got Asgall’s attention. “And how did that turn out for you?”

The table burst out in laughter again, and Asgall fought to compose himself. How he would have loved to put a fist to those faces, clamping their mouths shut for good, but he knew he had to lead by example. Instead, Asgall leaned over and whispered something into Caitlyn’s ear. She giggled. Then Caitlyn’s amusement escalated. A few seconds later, she broke out into hysterics.

Asgall noticed the room go quiet, relatively speaking. There was still plenty of chatter about, but there was no more enjoyment at the table behind them.

“What are you laughing at?” Andreas said.

Caitlyn glanced at Asgall. He grinned and bobbed his head, as if giving her permission to answer.

“Nothing,” Caitlyn said. “I just find it amusing that someone who washed out of the Guard would make a comment like that.”

She was referring to Reece. He trained to be a member years ago, but Asgall didn’t accept him into the Guard. Reece proved to be a fighter, for sure, but he lacked the discipline that Asgall instilled in all of those under his command.

Asgall heard the scraping of a chair against the floor planks, and he assumed Reece took exception to Caitlyn’s remarks. When Asgall looked over his shoulder, his hunch proved correct. Reece stood by the table, glaring at Caitlyn like death seeking out a victim.

“Be careful what you do next,” Asgall said to him. “There’s nothing wrong with a little fun and games. But there will be consequences if it turns into something more.”

Reece looked about the room, as if searching for support among the crowd. The humiliation on Reece’s face provided Asgall a brief moment of satisfaction, but he didn’t want things to get out of control. Reece eventually sat down. Content that the situation had been diffused, Asgall turned to Penvro. He took a coin from his pocket and rested it on the counter.

“Thanks for the water,” Asgall said.

Asgall nudged Caitlyn on the shoulder, and the two of them got up. Once outside, Asgall stopped and stood in front of the tavern, Caitlyn sidling up to him.

“I appreciate that, Commander,” she said.

Caitlyn surveyed the street. “What should we do now, sir?”

“You should take a walk around the city. About half of the Guard is stationed at the Palace at any given time, but the other half patrols the city on a regular basis. You might think it unattractive, but it’s an equally important job.”

“I have confidence in you.” 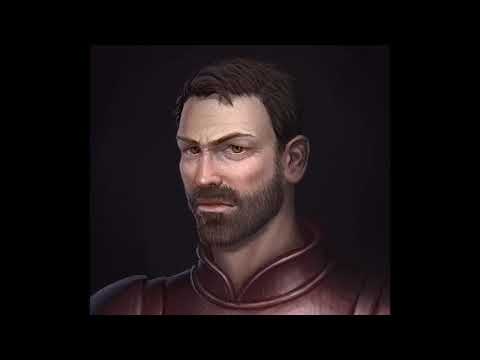